From the iconic winding streets of San Francisco to the buzzing nightlife found in Los Angeles, jaw-dropping natural wonders and plentiful national parks, Disneyland, Lake Tahoe, Big Sur and plenty more besides; a luxury trip to California could go one of several unforgettable ways.

California is a land unto itself, where vibrant cities sit side-by-side with spellbinding – and varied – landscapes, all fused together by a notoriously cosmopolitan culture and sprinkling of glamour. Take San Francisco, the birthplace of the hippie movement that has long been known for its laidback feel and vibrant music scene. Any trip to San Francisco will be one filled with memorable moments, not least when you catch your first glimpse of the Golden Gate Bridge, take a famous tram ride through town or visit the infamous island prison of Alcatraz; known as The Rock and once home to notorious gangster Al Capone. With a sprawling and atmospheric Chinatown to explore, countless fine dining restaurants, shopping outlets surrounding Union Square and even sea lion colonies just off the coast, not to mention a bounty of five-star hotels, there really is nowhere quite like San Francisco.

Such intoxicating city streets keep coming if you include Los Angeles in your luxury California tour. Of course, there’s Hollywood and all the magic it conjures, with instantly recognisable boulevards and the unmissable Hollywood Walk of Fame. If seeking a little beach time during your visit to LA, head straight for Santa Monica and its fairground pier, before something a little more cultural at the Natural History Museum, Universal Studios and the Getty Centre. For families, taking the kids to Disneyland Resort will keep you in their good books for many years to come, as will the California Science Centre which houses the real-life Space Shuttle Endeavour.

This is just a small handful of San Francisco and LA highlights, as there is so much to see and do in both of these versatile American cities, though California is also a place of extreme natural beauty, myriad landscapes and remote boutique lodges. Yosemite National Park is possibly the best-known of California’s wild wonders, with its snow-dusted peaks and native pine forests. Touring Yosemite National Park for at least a couple of days is an absolute must during your California adventure. So too the Sierra Nevada Mountain delight that is Lake Tahoe, perfect for picturesque skiing in the winter, or kayaking and wildlife walks during warmer months. Sequoia, Kings Canyon and Redwood National Parks provide more opportunities for outdoor adventures, as rivers and gorges intertwine with ancient, giant trees – the largest in the world – that are quite literally thousands of years old.

Such otherworldly sights are guaranteed to leave a long-lasting impression on anyone lucky enough to see them, though if you think it’s all dramatic coastline, waterfalls and verdant forests in California, think again. Head to Death Valley and witness desert sand dunes, barren mountainscapes and even salt fields, or for something a little more serene why not book a room at one of California’s Central Valley vineyards for an altogether more serene pace of life and plenty of wine tasting to boot. All in all, during your luxury American adventure, Elite Travel Concierge will ensure that none of California’s main attractions are missed, no matter which unique areas of the Golden State you wish to visit.

Shutters On The Beach 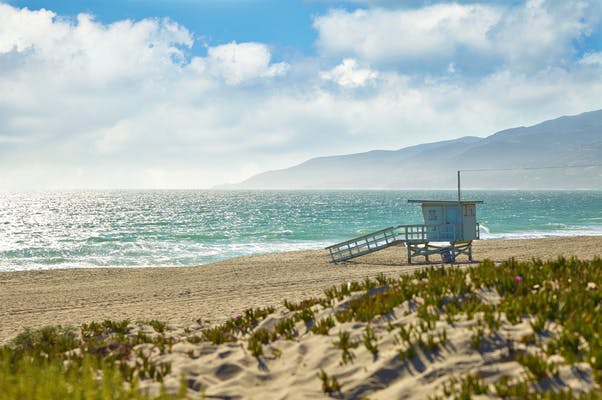