With unbeatable views over its own private stretch of Palm Island Bay, the One&Only Royal Mirage Hotel already offers something more special than most, even in Dubai, a place of six-star standards and ground-breaking resorts. But it does not stop there, as the Royal Mirage expertly executes an irresistible concoction of Arabian-style design features, minarets, ornate columns and arched window frames, done so with a contemporary flair and modern touch that can rarely be seen anywhere else in Dubai. You could lose yourself during a private dinner on the beach under the glow of candlelight, maybe wandering between the oasis-like grounds and fountains, or cooling off in one of the four picturesque infinity pools. However you spend your spare time while staying at the One&Only Royal Mirage Hotel, it will always be whilst immersed in utmost comfort and surrounded by carefully considered touches, where not a decorative lampshade or palm leaf is out of place.

There is plenty of substance to back up all of this irrefutable style, not least the pristine private beaches of Palm Island Bay which the hotel both overlooks and opens onto, themselves ideal for plentiful watersports. This is thanks to the all-important family-friendly onsite activities too, including a children’s swimming pool, kids’ club, two playgrounds and even water skiing lessons, as well as Legoland, Motiongate Theme Park and Aquaventure at Atlantis, The Palm nearby. Then, adults have easy access to more than one championship golf course, boutique shopping outlets, desert safaris and twilight dinner cruises, for something a little more romantic while the kids are being looked after – if travelling as a family that is.

Whether making the most of the summer holidays, being on honeymoon or just taking a well-earned break for two, another reason to visit the One&Only Royal Mirage is that this resort combines and crafts it all together like a chic boutique property, despite its size. So while every hand-woven throw and carefully tended flower bed feels as if it’s been done just for you, the extensive spa and hammam, multiple fine dining restaurants and several delightful swimming pools highlight the benefit of staying in a larger luxury Dubai hotel. That spa is indeed world-class, designed to evoke images of the regal Persia of old, something which could easily be said for every one of the Royal Mirage’s eight enticing restaurants and lounge bars too, as they’re equally atmospheric. Every taste is catered for in fine fashion here, from grilled seafood al fresco to an Indian restaurant as good as any in India itself, high tea in the spa or Asian dining by the beach, it’s all here and each of them simply must be tried before you leave.

Many of the Royal Mirage guestrooms adopt Middle-eastern imperial opulence; think marble-clad bathrooms, hand embroidered furniture and polished gold – with occasional ornaments and artworks adding to the contemporary, art deco feel found elsewhere across the hotel. The standard of finish is the same throughout each of the room or suite categories, and although there are some differences between them, such as the addition of dining or lounge areas, extra large balconies and so on, it is the Beach Garden Villa with a private pool that really stands out, if seeking one of the best accommodation options in all of Dubai. 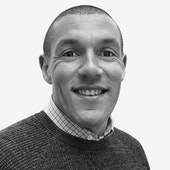