Abu Dhabi flies the flag for Middle-eastern decadence and plenty of good times to be had. Think of a luxury trip to Abu Dhabi, and you may picture six-star hotels, marble-clad atriums and picturesque manmade islands, private beaches, exclusive rooftop bars and no end of world-class shopping boutiques. This, in fact, is exactly what you should expect, and more besides.

The opulent, cutting-edge luxury hotels in Abu Dhabi are known the world over, from state of the art skyscrapers with rooftop tennis courts and restaurants, to palatial mansion-style retreats plated in gold and chandeliers; with everything in-between too. Thankfully for visiting guests, Abu Dhabi’s best hotels are continually aiming for their own unique offer, better service than their neighbours and ever more lavish touches throughout, so you’ll be in safe hands during your trip from start to finish.

Though the hotel grounds and facilities, the spa, views and swimming pools are always a highlight of any holiday to Abu Dhabi, when it comes to exploring, there’s plenty to keep everybody entertained – young and old. For a slice of Arabian culture, head to the 18th century former lighthouse of Qasr Al Hosn, Abu Dhabi’s oldest stone building. Or, perhaps the wonderfully ornate Sheikh Zayed Grand Mosque which must be seen to be believed, so too the Emirates Palace Hotel and exhibits held inside Zayed National Museum, itself an architectural masterpiece though much newer, of course. With a Guggenheim and Louvre Museum in the so-called Culture Quarter, art enthusiasts will have plenty to see, as contemporary works and historical pieces are housed at these, and Abu Dhabi’s other galleries spread across the city.

For adventure-lovers, Abu Dhabi is also primed for every conceivable watersport, from jet skiing to banana boat rides, wakeboarding to surfing, as well as scuba diving and marine life tours. Then there’s Ferrari World, Yas Waterworld, Murjan Splash Park and Warner Bros. World, all providing their own thrills and spills, to be enjoyed before heading off into the desert for dune buggying or sand boarding. It really doesn’t stop if seeking outdoor activities in Abu Dhabi. That said, this is also a place of endless coastline, manmade islands and golden sand beaches. So between the excitement, exclusive shopping arcades, Michelin-star restaurants and five-star service, days can be lost in a dreamy haze, lounging on a sunbed by the Arabian Gulf or maybe your hotel swimming pool. Welcome to life in modern-day Abu Dhabi! 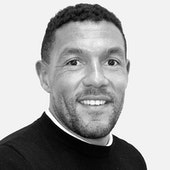