Villa d’Este is a multi-award-winning, Leading Hotel of the World, celebrated globally for its beautifully preserved 16th century architecture and gardens. This boutique Lake Como retreat radiates old-world splendour, intricately weaving luxury with heritage and impeccable service for one of the great hotel experiences there is.

Crowned on the banks of Lake Como, Villa d’Este commands uninterrupted views of the water from its privileged position. This seductive lakeside mansion has stood here since 1568, dreamt up for the Cardinal Tolomeo Gallio though later hosting royalty and aristocrats, before transforming into a hotel in the late 19th century. Guests today are spoiled with the same opulent grandeur then, with Villa d’Este still being an exquisite ensemble of vaulted marble interiors, coruscating chandeliers, regal arches and elegant artwork, leading out onto al fresco terraces and 25 acres of private parkland. So esteemed is the hotel’s park, it’s acknowledged as one of the Great Italian Gardens, owed to manicured lawns, an impressive variety of plantlife, statues and fountains too.

The timeless backdrop of Villa d’Este is matched by gracious service and a host of contemporary features, including a large swimming pool floating above Lake Como itself. The Sporting Club then awaits with a mix of tennis and squash courts, an indoor pool, spa, gym, sauna and steam room, while the Villa d’Este Golf Club is said to be one of the most challenging par 69s in Europe. In addition, the hotel is backed by forested hills that call out to be explored on foot, while the glittering lake itself is prime for kayaking, stand-up paddle boarding and sailing. Children also get their own dedicated swimming pool here, as well as a putting green and seasonal kids club.

For meals and drinks, Villa d’Este possesses a clutch of dining spots to sample. There’s Veranda, a smart restaurant specialising in Italian fare and generous breakfast buffets, with views of the garden; Grill, whipping up Mediterranean favourites and overlooking the lake; then Il Platano, open for delectable dinners. Three bars offer their own range of settings – by the pool, on the terrace or within the beautiful mansion itself – and live music is performed al fresco on balmy days.

Meanwhile, the rooms, suites and villas at this boutique Lake Como hotel are as delightful as you would hope. Maintaining their historic beauty, each is uniquely decorated though all are festooned with sumptuous fabrics like silk and velvet, antiques and artwork, plus bathrooms clad in marble. They are found in either the Cardinal Building or Queen’s Pavilion, affording views of the lake, courtyard or garden, and some come complete with French doors opening onto private balconies. However, if looking to push the boat out, there are four luxurious villas dotted across the property: on the lakeside or hill, in the park or ‘Mosaic Garden’. They exhibit the same distinctive style as the rest of the hotel, though also flaunt up to six bedrooms, decadent living spaces and a kitchen, bestowing more privacy which makes them ideal for the most exclusive of Lake Como holidays.

152 rooms and suites, located in the Cardinal Building or Queen’s Pavilion; 4 villas, set on the shores of Lake Como, the hillside, park or mosaic garden. Each abode overlooks the garden, courtyard or lake, and features air-conditioning, Wi-Fi, a minibar and seating area, while the villas also come with kitchens and up to six bedrooms. 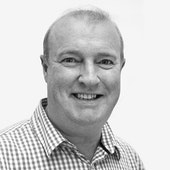