A luxury holiday to Turks and Caicos promises achingly beautiful views at every turn, icing sugar beaches and even wildlife-watching opportunities; not to mention some seriously sumptuous hotels. This British Crown Colony is comprised of around 100 cays, including eight main islands that are inhabited, all scattered in the Caribbean Sea to the northeast of Cuba and south of the Bahamas. Turks and Caicos have a reputation for glamorous luxury holidays, and you won’t be disappointed when you take your own special trip to the islands.

At the heart of Turks and Caicos is Providenciales, home to the international airport as well as chic marinas, upscale shopping outlets and the majority of the nation’s population. From here you can either check into one of Providenciales’ luxury hotels, explore plantation ruins dating back 200 years, go for a round of golf or tour the conch farm – the only one that exists in the world. However, the capital of Turks and Caicos is in fact found on Grand Turk Island; Cockburn Town, which saw the rise and fall of the salt mining industry, leaving behind donkeys and horses who roam the island freely. Today Grand Turk’s best asset is either the wealth of dive sites all around it, or the chance to see migrating humpback whales between January and April, as well as dolphins and sea turtles.

There’s more wildlife to discover across various national parks in Turks and Caicos, where you can spot pink flamingos, egrets and rock iguanas above land, though its beneath the water that you’ll come up close to an astonishing array of marine life. Diving in Turks and Caicos is renowned, thanks to more than 800 miles of barrier reef that plays host to colourful populations of tropical fish, as well as old wreckages. Although, if you want to see more of Turks and Caicos without too much activity involved, then step aboard a luxury yacht to sail the turquoise seas and moor up at isolated, sandy cays, postcard-worthy scenes that feel like heaven on earth.

Turks and Caicos is brimming with these sorts of sights. There are endless beaches for romantic strolls or family time, with the most exclusive corner of the archipelago found at Parrot Cay. This private island paradise is where you’ll find the lavish COMO hotel, a wellness retreat with minimalist-chic villas, a spa and superb childcare, among many more five-star traits that coax you into a zen-like state.

It’s no wonder Turks and Caicos is so beloved by celebrities, leaving nothing left but to come and see what all the fuss is about for yourself. 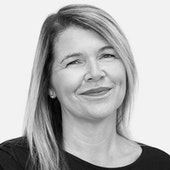